Racing driver Billy Monger takes on Lawro at predictions this week after completing an epic challenge to raise money for Comic Relief.

The 21-year-old, who had both legs amputated after a crash in 2017, covered 140 miles over four days by walking, cycling and kayaking.

You can see how he did it by watching Billy Monger’s Big Red Nose Challenge at 21:00 GMT on Thursday on BBC One (the show will be available on iPlayer shortly after broadcast).

Billy was joined along the way by a host of celebrity supporters but the Tottenham fan got a big surprise before he even began, when he met Spurs boss Jose Mourinho.

“I was ready to go up to Newcastle to start my walk, and I had my headphones on in the car when we set off so I didn’t know a thing about it,” he told BBC Sport.

“It was a shock to the system when we arrived to the Spurs training ground, and then it was a brilliant surprise to meet Jose. He is a top man.”

Billy, 21, is taking on Lawro this weekend, and predicting the scores of the four FA Cup sixth-round ties, and four Premier League games.

He said: “I played a bit of football with my mates when I was a kid but it wasn’t something I took that seriously, because racing is my passion.

“But I started supporting Tottenham when I was about 10 or 11 because the boss of my karting team was a Spurs fan and I just went along with that. The older I’ve got, the more I’ve got into them. They are my team now.

“My favourite players are Harry Kane and Dele Alli and, before he left, Christian Eriksen. He is an incredible player always stood out when he was playing for us because his squad number, 23, was my racing number too. I felt a real association with him through that.”

Billy went to the Tottenham Hotspur Stadium for the first time earlier this month when he was a special guest for their 4-1 win over Crystal Palace.

“There were obviously no fans there, which was a shame because you want that atmosphere, it’s part of watching a match” he said.

“But at the same time the fact the stadium was empty did give me an opportunity to kind of look at it and take it all in, and see just how amazing it is. Hopefully I will be back soon, when it is filled with our fans.”

* Southampton to win on penalties

There are no replays in the FA Cup sixth round, and the ties will be decided by extra time and then penalties.

Both of Sunday’s FA Cup sixth-round ties are live on BBC One and the BBC Sport website. Chelsea versus Sheffield United is at 13:30 GMT and Leicester against Manchester United is at 17:00 GMT.

A correct result (picking a win, draw or defeat) is worth 10 points. The exact score earns 40 points. 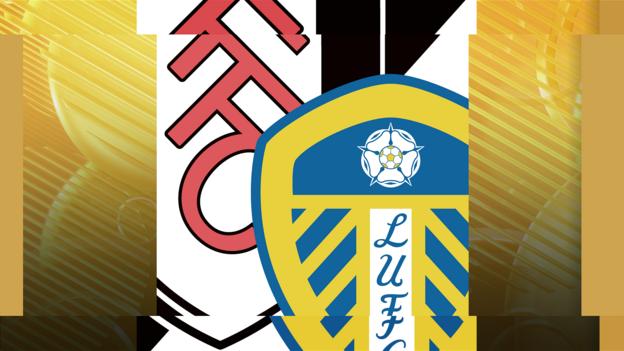 Leeds haven’t won – or scored – for a little while now, three games to be exact, which is very unlike them.

That’s why I worry for Fulham a bit here, despite Scott Parker’s side being in much better form.

When these two sides met at Elland Road back in September, we were finding out what Leeds were like in the top flight – they won 4-3, after losing to Liverpool by the same scoreline the previous weekend.

Fulham were like a different side then, and leaked a lot of goals. They have tightened up a lot since then, but I am expecting Leeds to start firing again here.

Billy’s prediction: Leeds score a lot of goals but Fulham are looking decent at the moment. 1-1 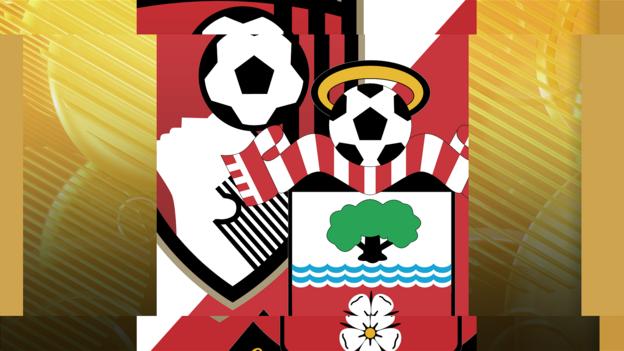 A day at Wembley is at stake here but, on the face of it, both teams have their focus elsewhere.

Bournemouth’s form in the Championship has picked up of late and they gave their play-off hopes a big boost with a great win over Swansea this week.

Southampton, meanwhile, keep on losing in the Premier League – last weekend’s defeat by Brighton was their 10th in 12 league matches.

Saints are not in immediate danger of the drop, but they do need one or two more wins to be sure of staying up.

The fact this is the last weekend before the international break might make some difference to how strong the line-ups are, but I still think both managers will be wary of getting more injuries going into a crucial stage of the season, bearing in mind how intense this campaign has been already.

As for the tie itself, I think it will go to the wire.

Lawro’s prediction: 1-1 – Southampton to win on penalties after extra time.

Billy’s prediction: My trainer for my Red Nose Day Challenge is a Southampton fan and I know he won’t be happy unless I go with them to win this one. Saints have been in poor form but they are the Premier League team. They have got more quality and should just have the edge. 1-2 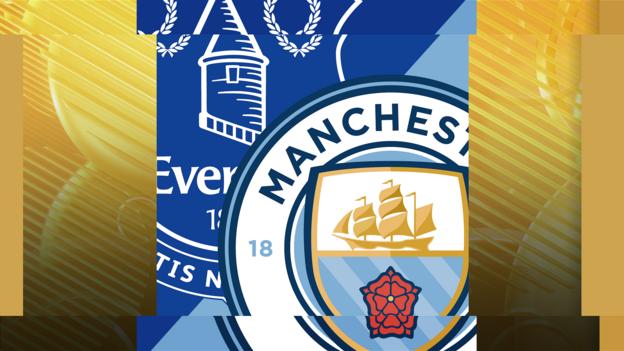 Everton just can’t win at home in the Premier League – last weekend’s defeat by Burnley was their seventh in 14 league games there this season – although all three of their FA Cup wins so far have come at Goodison Park.

The Toffees also don’t seem to be able to get James Rodriguez fully fit. The Colombian is a brilliant talent but he has only started three of their past 10 games, and has not played more than 70 minutes in any of them.

City are going for the unprecedented quadruple of Premier League, Champions League, FA Cup and Carabao Cup and I think they will end up with a minimum of two trophies, maybe three.

Bagging the big one in Europe will be the toughest task, but of course they are capable of it.

Billy’s prediction: Everton are decent on their day but City should win this one quite comfortably. 0-3 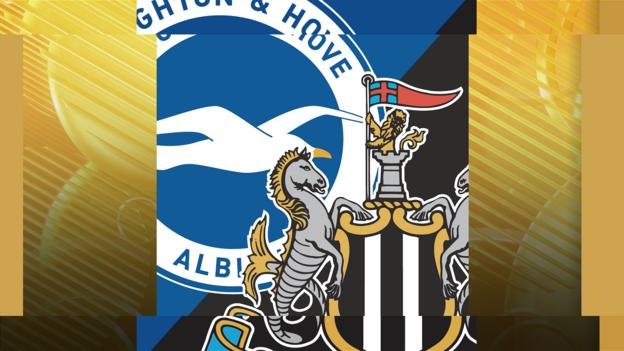 Brighton will come into this game with a bit of confidence after beating Southampton last week.

Scoring has been a problem for the Seagulls, but they got two goals against Saints – the first time they’d managed that in the Premier League since 2 January – which was another positive, as well as ending a three-game losing streak. 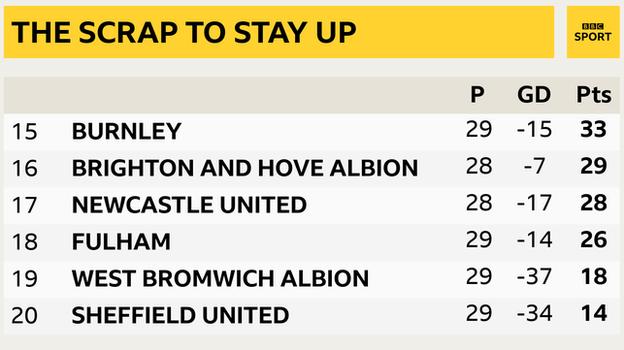 I think this will be another tight game, with Newcastle sitting in as they always seem to do.

It’s hard to see the Magpies’ approach changing while their key attacking players are injured – Callum Wilson, Allan Saint-Maximin and Miguel Almiron are out until April – and I don’t see their results improving until they return.

Billy’s prediction: I can’t see this one being a thriller! Brighton will probably attack a bit more, but Newcastle might just stick 10 men behind the ball. 0-0 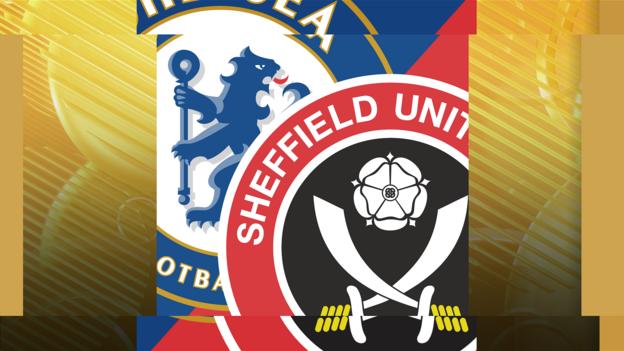 Sheffield United were mauled by Leicester last week in their first game without Chris Wilder in charge.

Wilder didn’t lose his job because he had lost the dressing room – far from it – and the Blades looked like a team who have just had the heart ripped out of their club.

They are not going to bounce back here, either. Chelsea might not be too exciting to watch under Thomas Tuchel, but they know how to get the job done.

Billy’s prediction: Chelsea have to be big favourites here. 2-0 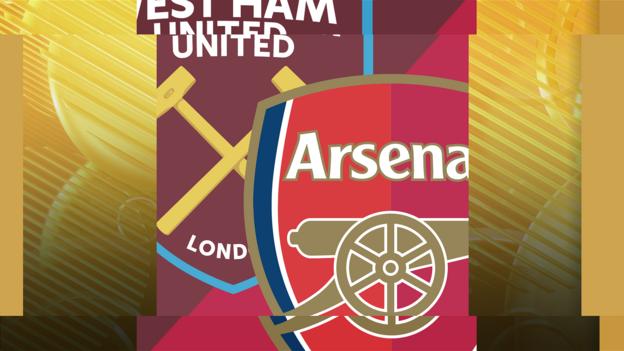 This feels like a big game for West Ham, as a test of their top-four aspirations, and I think the underlying message from their manager David Moyes will be ‘let’s not lose it’. All his side need to do is stay in the mix. 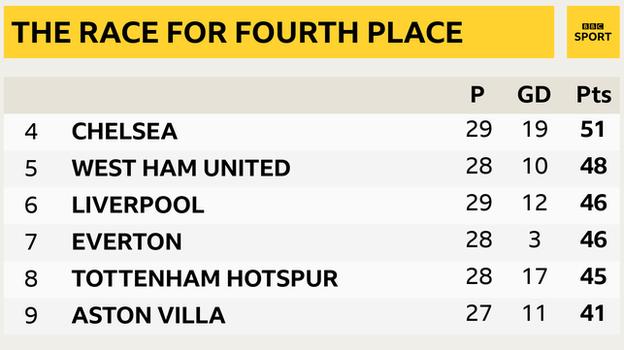 Moyes did not quite get the balance right last week when West Ham lost at Old Trafford, so he might tweak a few things to ensure they offer more of a threat.

It will be interesting to see how Arsenal approach it too. They were attack-minded against Tottenham last week, and were rewarded with the three points.

Billy’s prediction: I don’t know who I want to win the least here! One of my mates is a West Ham fan and he will be very loud if they beat Arsenal after we lost at Emirates Stadium. 2-2 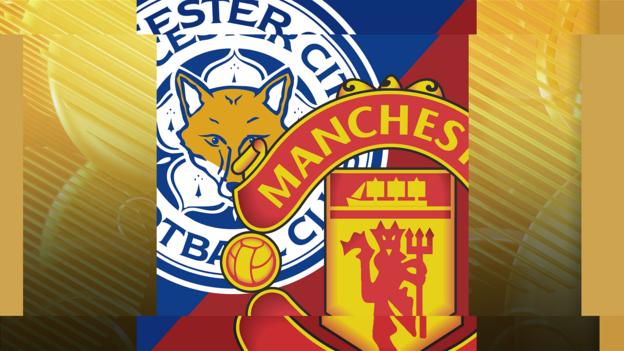 The last time these two sides played at King Power Stadium, on 26 December, it was a cracking game that ended up 2-2.

I’m expecting it to be quite open this time too, and I just have a feeling the Foxes will edge it.

But, whether they win or lose this tie, both teams are on course for successful seasons. A top-four finish would make sure of that on its own – going on and winning the FA Cup would be like the cherry on the top.

Billy’s prediction: Leicester are playing well and I really like the look of them at the moment. 2-1 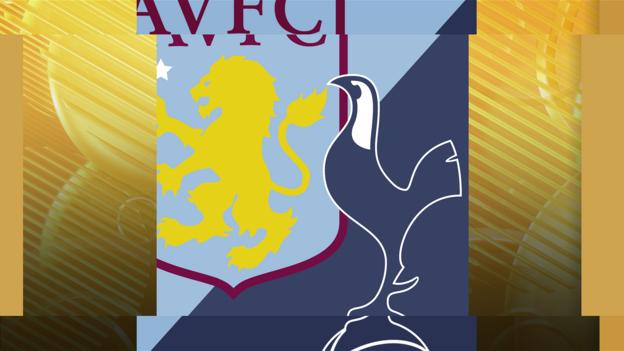 I am at this game for BBC Radio 5 live, and I am not really sure what to expect from Aston Villa. They have been up and down for a few weeks now, and have only won one of their past six games.

Mind you, it’s not easy to predict what Tottenham will do either. Their performance – or lack of one – against Arsenal was very strange after their good form leading up to it. They were very disappointing.

Son Heung-min’s injury is a blow for Spurs too, but whether he is fit or not, I don’t see their approach changing too much here. Jose Mourinho will sit in again and try to pinch something – and it might work.

Billy’s prediction: We are so inconsistent this season and it seems to be a bit of a trait of ours this year that we make a slow start to games then improve. Hopefully we won’t wait to get going against Villa but I do think we will win. 0-2

Billy on Spurs making the top four: It’s up for grabs. West Ham are one of the teams above us but hopefully they will drop points over the weekend. Chelsea are going to be a problem, though. They are not that great going forward at the minute, and don’t have many goals in them, but they are so solid at the back. If their goalscorers come to life, I think we might struggle to catch them.

Lawro and Billy were speaking to BBC Sport’s Chris Bevan.

How did Lawro do last time?

Lawro drew with Bend it like Beckham actor Frank Harper. They both got five correct results from 10 Premier League matches, including one exact score, for a total of 80 points.