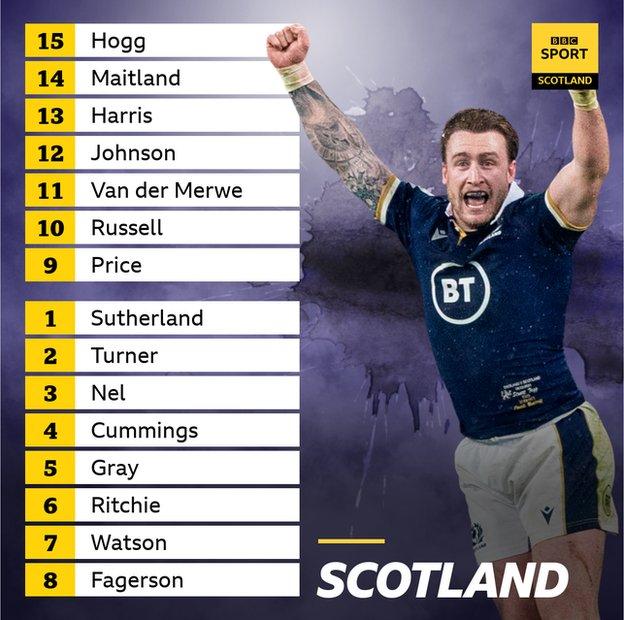 Scotland will need to be more clinical against Ireland if they are to earn the win that would maintain their Six Nations hopes, says Gregor Townsend.

The Scots have won just once in their last 10 meetings with the Irish, losing all five since Townsend took charge.

Both sides know only a win will do at Murrayfield on Sunday to stay in the title hunt.

“It’s about an 80-minute performance and making the most of your opportunities,” the head coach said.

“Two years ago, we played very well in the first-half at Murrayfield, and the two we’ve played in Dublin, parts of the game have gone our way.

“It’s going to be a real physical contest. We know Ireland will have time in our 22 and we’ve got to make sure they don’t come away with points on a regular basis.”

Flanker Jamie Ritchie returns to the Scotland team after sitting out the defeat by Wales through injury.

The back row is one of four new faces in the XV, along with wing Sean Maitland, centre Sam Johnson and prop WP Nel, who will make his first Test start since the 2019 World Cup.

Blade Thomson, Darcy Graham, James Lang and the suspended Zander Fagerson drop out of the side that lost 25-24 at Murrayfield a month ago.

Cameron Redpath, who was outstanding at centre on his debut in the opening-weekend victory against England, is still missing from the squad through injury.

Townsend’s men have not played since the defeat to Wales after their meeting with France in Paris was called off because of a Covid outbreak in the French camp.

That has yet to be rearranged, but 26 March has been widely mooted as a potential date – just six days after Scotland host Italy.

After losing their opening two games to Wales and France, Ireland go into their fourth match of the campaign on the back of a 48-10 win over Italy in Rome. 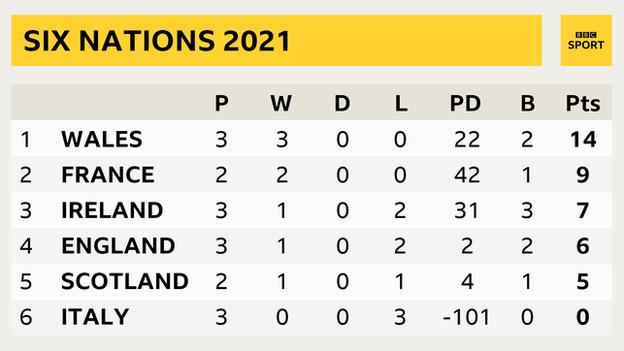