The 30-year-old has won five Twenty20 World Cups and was named player of the decade by the International Cricket Council in December.

New Zealand T20 captain – and the world’s number one ranked batter – Sophie Devine, will lead the side.

“It’s a always a special moment in sport when something like this comes along,” Perry said.

“I feel really chuffed that another country wanted me to come and play in their competition.”

The new 100-ball competition, which was postponed by a year because of the coronavirus pandemic, features eight city-based teams and begins in 21 July.

Phoenix’s first fixture will be against London Spirit at Edgbaston two days later. 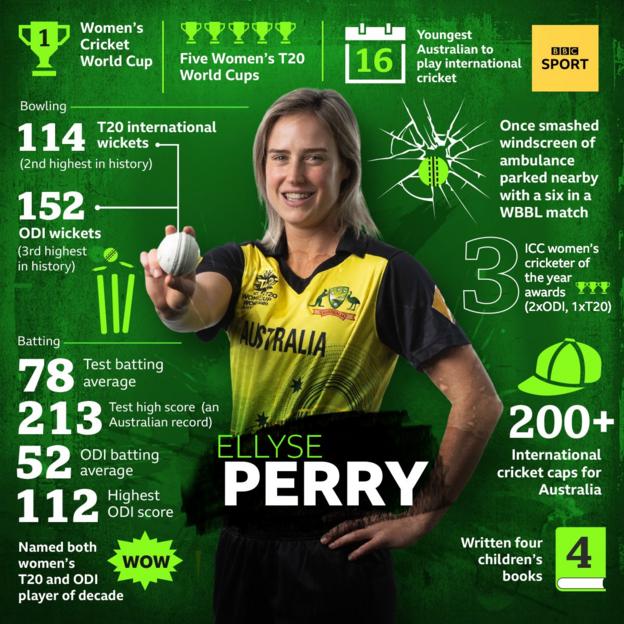 At 16, Perry became the youngest person – male or female – to represent Australia at cricket when she made her one-day international debut against New Zealand in Darwin.

Just two weeks later, she made her senior debut for the country’s football team and helped them reach the last eight of the 2011 World Cup, scoring a brilliant goal in their 3-1 defeat by Sweden.

In cricket, she has played eight Tests, 112 one-day-internationals and 120 T20s for Australia.

Among her many achievements, in July 2019 she became the first cricketer to complete the double of 1,000 runs and 100 wickets in T20s.

Perry will link up with Birmingham Phoenix head coach Ben Sawyer, who is also assistant coach and fast bowling specialist for the Australian women’s team.